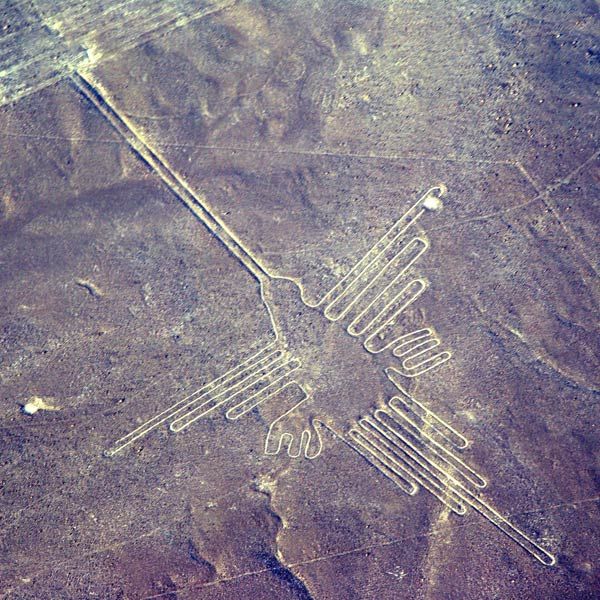 By Benny Shanon, Ph.D., Department of Psychology, The Hebrew University

I am a cognitive psychologist who is studying the phenomenology of the ayahuasca experience. My study is based on extended firsthand experience as well as on the interviewing of a great number of persons in different places and contexts. In the publications cited the reader can find background information about both ayahuasca and the program of my research; for further theoretical discussion, see my forthcoming book The Antipodes of the Mind: Charting the Phenomenology of the Ayahuasca Experience.

Phenomenologically, the effects of ayahuasca are multifarious — they include hallucinatory effects in all perceptual modalities, psychological insights, intellectual ideations, spiritual uplifting and mystical experiences. As discussed at length in the book mentioned above, many facets of these may be attributed to enhanced creativity. This characterization is also in line with that made by Dan Merkur (1998) with respect to psychotropic substances in general. According to Merkur, the sole effect of these substances is the induction of enhanced imagination. I do not think that this is the sole effect of these substances, but I do agree that it is a central one. Let me begin with the visual effects that ayahuasca induces. When powerful, these consist of majestic visions that are comparable to cinematographic films of a phantasmagoric nature. The indigenous Amazonian users of ayahuasca believed that these visions reveal other, independently existing realities; many modern drinkers share these beliefs. While not denying the marvelous, otherworldly character of the visions, as a scientific-minded investigator I would rather account for them in psychological, not ontological, terms. Apparently, ayahuasca can push the human mind to heights of creativity that by far exceed those encountered ordinarily. I myself have realized this in conjunction with a vision in which I was guided through an exhibition displaying the works of an entire culture. The exhibits included beautiful artistic objects and artifacts that resembled nothing that I had ever seen before in my entire life. What was striking was that they all adhered to one coherent style. Seeing them I reflected: “If all this is created by my mind, then the mind is indeed by far more mysterious than any cognitive psychologist has envisioned.” Since then this reflection remains very much with me: If it is the mind itself that produces the visions seen with ayahuasca, then the creative powers of the mind transcend anything that psychologists normally speak of.

As explained in Shanon (1998b), ayahuasca can also induce very impressive ideations. It is very typical for ayahuasca drinkers to report that the brew makes them think faster and better — indeed, makes them more intelligent. Several of my informants reported the feeling of potentially being able to know everything; I too had this experience. While, this overall feeling is not objectively provable, my data do reveal some ideations which are truly impressive. Especially let me mention philosophical insights attained by drinkers without prior formal education. Some of these resemble ideas encountered in classical works as those of Plato, Plotinus, Spinoza and Hegel. Significant insights are more likely to be encountered in domains in which drinkers have special competence. Personally, with ayahuasca, I had many insights regarding my professional field of expertise and to which, following further critical scrutiny, I still hold. I have heard the same from other persons. It is in this vein that I would interpret the common reports of indigenous medicine-men that ayahuasca reveals to them the diagnosis of their patients’ afflictions and instructs them on how to cure them. The traditional interpretation is that the information comes by way of supra-natural revelation. On the basis of both my general theoretical approach and checks I have conducted empirically, I would rather say that what happens is the result of heightened sensitivity and insight in a domain in which the shaman already has substantial knowledge and expertise.

As emphasized in my book, some salient effects of ayahuasca pertain to overt performances. Impressive performances that I have witnessed myself included instrument playing, singing, dancing, tai-chi-like movements, and acting. In these, drinkers exhibited technical agility, aesthetic delicacy, accuracy and coordinated motor control which by far exceeded their normal abilities. Here is one experience of my own. Once during a private ayahuasca session, on the spur of the moment, I decided to play the piano. In an amateur fashion, I have been playing the piano since childhood. I have played only classical music, always from the score, never improvising and very seldom with an audience. Here, for the first time in my life, I began to improvise. I played for more than an hour, and the manner of my playing was different from anything I have ever experienced. It was executed in one unfaltering flow, constituting an ongoing narration that was being composed as it was being executed. It appeared that my fingers just knew where to go. Throughout this act, my technical performance astounded me. Another person was present and he was very moved by it. When the session ended, it occurred to me that I had had the most wonderful piano lesson of my life. Since then I have been free-playing without ayahuasca. The quality of this playing is not like that under the intoxication, but it does exhibit some features that my piano playing never did before that ayahuasca session. Let me conclude with a word of caution. I have met many who believed that ayahuasca enabled them to do things they knew nothing of. For instance, many of my informants vouched that they heard people speak in languages completely foreign to them. I have checked into the matter and found no empirical support for that. In general, I would strongly advise against simplistic, reductionist views of the effects of ayahuasca (and psychoactive substances in general). I do not think that these effects are direct, biologically-determined products of chemical substances that act upon the brain. Rather, as argued at length in my book, what happens in the course of the ayahuasca inebriation is a joint product of both the substance and the person consuming it. An analogy that comes to mind is that of a race car. Obviously, without the vehicle, the driver would not be able to attain the fast speeds he/she does; at the same time, in order to drive the car and obtain good performances from it, one should be an experienced driver. Likewise with ayahuasca: This brew can endow human beings with special creative energy but what will be done with this energy depends on the individual in question. •