The Peruvian government has pushed through legislation that could allow extractive and large-scale farming companies to rapidly destroy their Amazon rainforest.

Indigenous peoples have peacefully protested for two months demanding their lawful say in decrees that will contribute to the devastation of the Amazon’s ecology and peoples, and be disastrous for the global climate. But last weekend President Garcia responded: sending in special forces to suppress protests in violent clashes, and labelling the protesters as terrorists.

These indigenous groups are on the frontline of the struggle to protect our earth — Let’s stand with them and call on President Alan Garcia (who is widely known to be sensitive to his international reputation) to immediately stop the violence and open up dialogue. Click below to sign the urgent global petition and a prominent and well-respected Latin-American politician will deliver it to the government on our behalf.

More than 70 per cent of the Peruvian Amazon is now up for grabs. Giant oil and gas companies, like the Anglo-French Perenco and the North Americans ConocoPhillips and Talisman Energy, have already pledged multi-billionaire investments in the region. These extractive industries have a very poor record of bringing benefits to local people and preserving the environment in developing countries – which is why indigenous groups are asking for internationally-recognized rights to consultation on the new laws.

For decades the world and indigenous peoples have watched as extractive industries devastated the rainforest that is home to some and a vital treasure to us all (some climate scientists call the Amazon the “lungs of the planet” – breathing in the carbon emissions that cause global warming and producing oxygen).

The protests in Peru are the biggest yet and the most desperate, we can’t afford to let them fail. Sign the petition, and encourage your friends and family to join us, so we can help bring justice to the indigenous peoples of Peru and prevent further acts of violence from all parties.

On Peru’s rift over economic policy and the controversial free trade agreement with the US , Reuters, 9 June:
http://www.reuters.com/article/latestCrisis/idUSN09374943 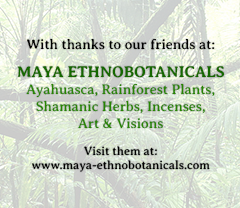