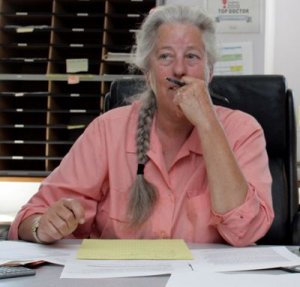 Title: ‘Safety and neurochemical effects of ayahuasca in healthy adults: Phase I and II studies

Background: Ayahuasca is an ancient Amazonian psychoactive botanical extract used as a tea for religious and medical purposes in S. America, N. America and Europe, with increasing use by the U.S. public. Little is understood about its potential dangers or its potential therapeutic activity in psychiatric and neurological disorders as a novel monoamine neuromodulatory botanical drug. Our goal is to evaluate the safety of this potential drug of abuse and potential therapeutic applications of ayahuasca by studying its physiological and psychological effects, as well as its peripheral and central neurochemical effects at dosages that are typical for the religious use of this substance.

Methods: 66 healthy adults who are naïve to ayahuasca in Phase I and naive to all hallucinogenic drugs in Phase II, will be screened, consented and enrolled. Phase I (n=30) is a single-blind, placebo-controlled, dose-finding, dose-escalation pharmacokinetic and safety study. Both psychological and physiological safety will be evaluated. Phase II (n=36) is a double-blind, placebo controlled randomized study that will use a dose determined in Phase I to measure the psychological effects, peripheral serotonergic effects and the central effects on gamma-amino butyric acid (GABA), glutamate, N-acetyl aspartate and choline. We will 1) determine the minimally effective dose of ayahuasca and correlate with plasma levels of the known active constituents (dimethyltryptamine, harmine, harmaline, tetrahydroharmine), 2) describe quantitatively the dose-response pharmacokinetics of ayahuasca’s active constituents following oral administration, 3) quantitate monoamine oxidase (MAO) A and B inhibition in plasma from human subjects and to describe the dose-response pharmacokinetics of MAO inhibitor activity following oral administration of ayahuasca, and 4) conduct a Phase II study of the neurochemical effects of repeated exposure to ayahuasca. We will measure 1) psychological changes using a battery of standardized psychological tests, 2) serotonergic changes in platelet 5-HT transporter binding using the 3H-citalopram binding assay, and 3) changes in brain N-acetyl aspartate, GABA, glutamate and choline levels using proton magnetic resonance spectroscopic imaging with spectral editing.

Significance: Ayahuasca is used by thousands of people throughout the U.S. yet its safety across doses has not been studied. The alkaloids contained in ayahuasca represent a novel potent long-acting serotonin agonist with potential in the treatment of drug and alcohol abuse, depression, anxiety and obsessive compulsive disorder. Phase I and II studies are needed to develop a standardized and safe botanical drug that has applications highly relevant to NIH’s mission, especially the mission of NIDA to develop new and more effective therapies to treat drug dependency, NIAAA’s mission to treat alcoholism, the mission of NIMH to develop new therapies for mood disorders and the mission of NCCAM to evaluate promising ethnomedicines.