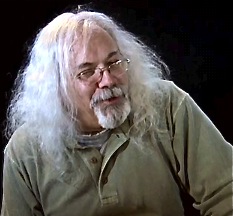 Steve Beyer talks about ayahuasca and transformative experiences. This is a clip from the film project From Neurons to Nirvana: Psychedelic Science in the 21st Century, produced and directed by Vancouver-based filmmaker, writer, and media artist Oliver Hockenhull. You can learn more about the film project here.

From Neurons to Nirvana is about the science of psychedelics — the quest to discover how psychoactive substances affect the neurological system and how those effects are related directly to how we understand the world around us; how they affect consciousness and what that means for our understanding of ourselves, our relationship with others, and our understanding of the world.

Hockenhull is working in partnership with executive producer Mark Achbar (The Corporation) and Betsy Carson, and with European co-producer Oval Filmemacher, Berlin. He has been developing and shooting this film over the last two years, filming extensively in Canada, the USA, and Europe.

You can help to make this film a reality. See how you can contribute here — and how you can get signed DVDs, exclusive downloads during production, music tracks, special imagistic loops for continuous ecstatic play on your monitor, an exclusive audio clip of Aldous Huxley recorded in the 1930s, and even co-production credit. Check it out.

Steve Beyer is the author of Singing to the Plants: A Guide to Mestizo Shamanism in the Upper Amazon. His website and blog is at www.singingtotheplants.com.