BP and the US Government has said they are trying everything possible to stop that multi million gallon oil from continuing to flow into the Gulf. I am about to dispute that claim and offer an expose’ as to why that story about them doing everything possible is a lie and a profitable enterprise to those who would make money from this disaster.

A coalition of forestry companies and environmental groups unveil the Canadian Boreal Forest Agreement, one of the largest forest conservation agreements in history.

If you missed the MAPS conference, you can still see a video of my presentation on the cognitive psychology of ayahuasca hallucinations at the Singing to the Plants website…

An interview with Martin von Hildebrand, founder at head of Gaia Amazonas describes his work with indigenous groups in Colombia, and their quest towards the reclamation of over 260,000 square kilometers (100,000 square miles) of Amazon rainforest. 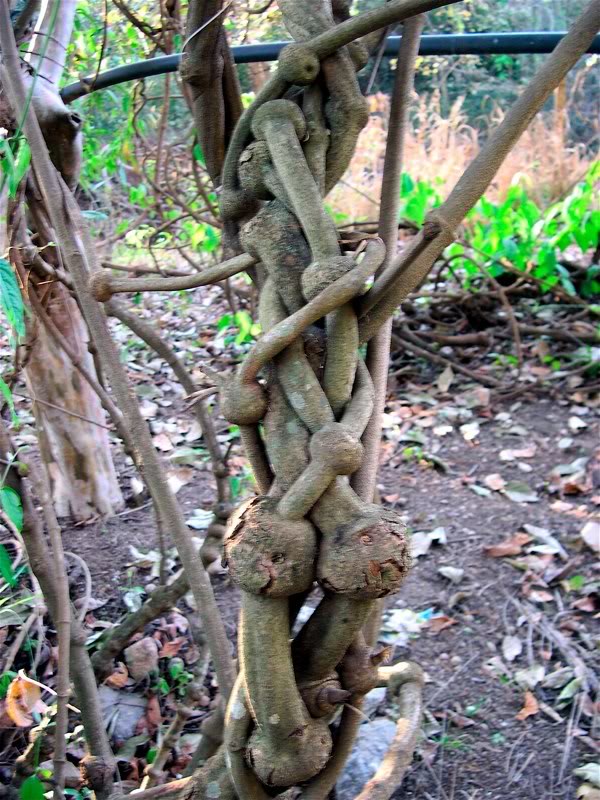 To claim any plant combination that enables DMT to become orally active is ‘Ayahuasca’, is to ignore a living indigenous tradition, language, etymology, folklore, taxonomy. And more… calling unique plant potions ‘Ayahuasca analogues’ encourages a lazy approach to the specific identies and properties of other medicine plants.

Only the most controversial of President Alan García’s legislative decrees, which triggered the uprising, have been overturned. These decrees-promulgated under special powers granted to García by Peru’s congress in 2008 to ready the country for the new U.S. free trade agreement-would undo a generation of progress in protecting indigenous territorial rights in the rainforest, opening indigenous lands to oil drilling, logging, and other forms of resource extraction as never before.

Following the Inambari Hydroelectric Project, the Peruvian government would build a dam that would flood 41000 hectares of rainforest. 75% of the hydroelectric energy produced by the dam would be then sold to Brasil.

Arequipa: “informal” miners speak of six deaths and several disappearances during yesterday´s night and this morning´s protests in Arequipa.

Gold Miners in the jungle of Peru are protesting against a new law that would force them into controlled, limited mining.

Glauco Villas Boas (53), the founder of Céu de Maria Daime church in Sao Paulo, Brasil, and his son Raoni (25) were murdered in Sao Paulo on the morning of Friday, 12 of March 2010, a day before his 53rd birthday.

Reflecting the beliefs and traditions of the indigenous peoples of Ecuador, the constitution declares that nature “has the right to exist, persist, maintain and regenerate its vital cycles, structure, functions and its processes in evolution.” The new constitution redefines people’s relationship with nature by asserting that nature is not just an object to be appropriated and exploited by people, but is rather a rights-bearing entity that should be treated with parity under the law.

Authors: Beatriz Caiuby Labate, Institute of Medical Psychology, Heidelberg University, Germany (http://bialabate.net) and Gustavo Pacheco, National Museum/Universidade Federal do Rio de Janeiro, Brazil Publisher: Mercado de Letras, Campinas/SP, Brazil Year: 2009 Format: 11,5 x 21 cm Support: German Research Council (DFG) and the Collaborative Research Center “Ritual Dynamics” (http://www.ritualdynamik.de). 120 pp. ISBN 978-85-7591-125-9 Price: U$ 16,00 (to be confirmed) + shipping fee Summary: This pocket book highlights the theme of music in the ayahuasca religions of Santo Daime (both the Cefluris and Alto Santo groups) and the União do Vegetal (UDV). Although most studies of the ayahuasca religions recognize the centrality of music in their rituals, the study of the music itself has generally been secondary to other themes, rather than the central focus that it is here. A rich cultural manifestation, ayahuasca music reveals multiple connections with Brazilian religiosity and with the musical expression of the Northeast and Amazonia, and has been one of the principal elements highlighted by recent efforts to designate ayahuasca as immaterial cultural heritage of the Brazilian nation. The book …

Dear Friends I invite you to join the newsletter of my site. From time to time I send some news about my writings and my activities, about the universe of ayahuasca and psychoactive substances in general, legislation on drugs, important cultural events and conferences etc. Usually I do not send too much messages, and they do not follow a regular calendar. I just news that I consider really relevant, some messages go in English and some in Portuguese. You can sign the Newsletter by subscribing through the site’s right margin (http://bialabate.net) Best wishes, Bia Labate http://bialabate.net

Don Pablo Amaringo, one of the most significant artists of our age, shaman of the highest order, and teacher to many, died November 16th. The world of art has lost a truly original visionary – a seer in all senses of the word. I think we all join together in wishing him a safe passage to the other side of the river… -Laurence Caruana Many blessings, thoughts and love to those who knew him personally. His art will continue to inspire wonder in many generations to come.

The UDV, whom fought a long legal battle for the right to drink tea in as part of their spiritual practice want to build a temple and greenhouse which has attracted the beady eye of the news media, hungry for cheap controversy.

Steve Beyer
In the Upper Amazon, mestizos are the Spanish-speaking descendants of Hispanic colonizers and the indigenous peoples of the jungle. Some mestizos have migrated to Amazon towns and cities, such as Iquitos and Pucallpa; most remain in small villages, their houses perched on stilts on the shores of the rivers that are their primary means of travel. Here in the jungle, they have retained features of the Hispanic tradition, including a folk Catholicism and traditional Hispanic medicine. And they have incorporated much of the religious tradition of the Amazon, especially its healing, sorcery, shamanism, and the use of potent plant hallucinogens, including ayahuasca. In my new book, Singing to the Plants: A Guide to Mestizo Shamanism in the Upper Amazon, I try to set forth, in accessible form, just what this tradition is about.

It is often said the fact that drug treatment “works” proves there’s an underlying biological deficiency. But there is another explanation for how psychiatric drugs affect people with emotional problems.

The Peruvian government has pushed through legislation that could allow extractive and large-scale farming companies to rapidly destroy their Amazon rainforest. Indigenous peoples have peacefully protested for two months demanding their lawful say in decrees that will contribute to the devastation of the Amazon’s ecology and peoples, and be disastrous for the global climate. But last weekend President Garcia responded: sending in special forces to suppress protests in violent clashes, and labelling the protesters as terrorists.

Luien Chauvin, reporting for Time Magazine, says, “Peruvian President Alan Garcia is furious. His plans to open huge parts of the country’s Amazon jungle to foreign investors are crumbling … a casualty of violent protests by indigenous people in the northern jungle last weekend. … The violence was unleashed when police officers received word from Lima, the capital, to remove the protesters who were blocking a highway and the nearby pumping station on the northern pipeline.”