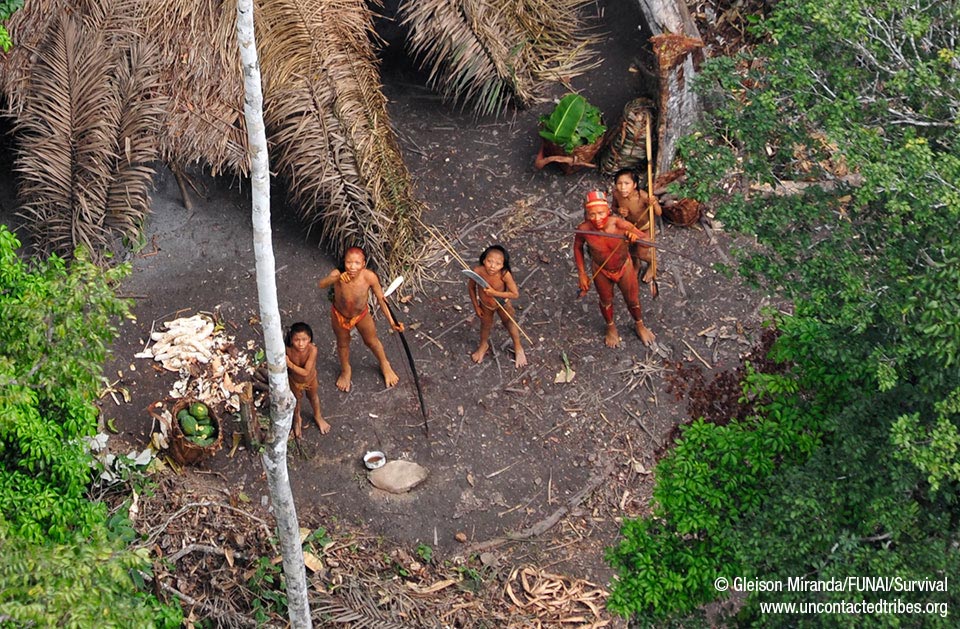 Isolation out-of-choice. A tribe in Brail

Amazing new footage of a tribe under voluntary isolation from brasil.

One of the new threats to these tribes are the migration of Voluntarily Isolated Indigenous Peoples from Peru, escaping illegal logging and oil companies.

Peru’s president, Alan Garcia, has publicly suggested the Voluntarily Isolated Indigenous Peoples do not exist. In an article published in Peru’s El Comercio newspaper in october 2007, he is quoted saying:

“Against oil, they (the environmentalists) have created the figure of the ‘uncontacted’ native jungle dweller; that is, unknown but presumed, and thus millions of hectares cannot be explored, and Peru’s petroleum must remain underground while the world is paying US$90 per barrel. They prefer that Peru continue importing its oil and getting poorer.”

PLEASE watch the footage and sign the Petition urging Alan Garcia to Protect the “uncontacted” tribes of Peru!