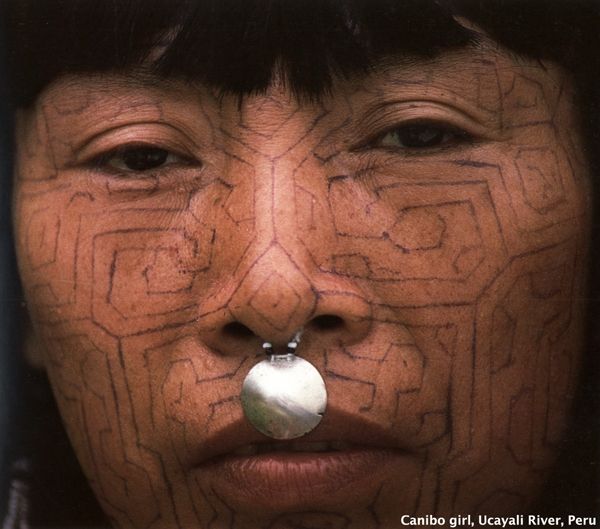 This story gives a sense of what “Pachamama” means (the feminine universe) and also gives a sense of the Andean conception of gender roles. “Kamak” in the word “Pachakamak” (from the verb kama- and the agentive suffix -k, “one who,” [-q in Cuzco/Bolivian Quechua]) is as complex in meaning as “Pacha.” Kama- might be translated as “to create order,” “to align with shared or common purpose,” or other meanings (I have seen it translated as “to breathe unity into”).

In everyday life in the Andes, Pachamama is invoked constantly, daily, given offerings and songs and asked for help, whereas Pachakamak is rarely ever mentioned.

After Pachakamak, the Great Spirit Bringing Order to the Totality of Creation, created this world and Man and Woman, he told them to rest and to come back calm and refreshed the next day, so that he would give to each of them the duties in this world for which they had been created.

The human beings rested well in their new Earth home, which Pachakamak said he gave them to receive.

The Woman went to sleep immediately, and the next day quickly went to receive what Pachakamak gave. She rose and appeared together with the sun of dawn; she went and left the Man asleep. The Man had not gone to sleep immediately but had remained awake for a while to look at the world. Thus, today the woman is the one to arise very early.

The Woman arrived where Pachakamak was, to speak with him about the duties she would have in life, wanting thus to receive her destiny.

The Orderer of the Universe led her to see all that was growing. All the stones, all the mountains, all the beautiful maturing soil, rivers, lakes, all the happy plants and flowers, all the fragrances and colors he showed her. And also the work with the animals’ lives, their behavior, what each one did, their skins, he showed her.

Thus they walked among all things that live and grow. The blue upper world was there, where Father Sun, in charge of giving food and power to all living things, makes his beautiful light and warmth. And at night the upper world was filled with stars, and with the moon who also feeds life.

The Woman was in awe of all the great beauty showed to her. Each new beautiful thing that appeared before her, she asked that it be hers, all the great beauty that Pachakamak had made to grow. She touched and felt the heartbeat of life of all the different beings of creation — all the varied stones in the world, the minerals, the hard rocks and the sparkling crystals that came from the fertile earth. Every insect and every animal attracted her enormously, their great variety, their whimsical and harmonious forms, their skin and the color of their fur. But she always looked down, and she was attracted most of all to the puppies and the defenseless beings. She took them into her arms and held them in the warmth of her lap, and a desire grew inside of her to have all of this in her domain, under her care, to keep them so beautiful, and maybe she could make them even more beautiful, and care for them, and protect the puppies and the defenseless beings.

Everything was so beautiful and needed her care, it seemed that she couldn’t choose anything in particular to keep near her. Finally she decided, and said to the Great Pachakamak:

“Everything you have shown me is so wonderful. In the life of this world I want to work with and care for all that is so very beautiful, to obtain everything that is necessary to sustain their lives and that of my husband. I want Woman’s domain to be over all that exists here, everything that is on Earth, to care for it and observe it daily.”

The Woman’s words seemed so powerful to Pachakamak that he gave everything that grows and lives on Earth to the Woman. Everything was left in the Woman’s care.

“You will have understanding, love and tenderness in order to be able to fulfill your duty. Your desire will always be to clothe, feed, sustain and care for life, and to keep life in order. Yours will be beauty, harmony, balance, which are necessary for this task. You will be sensitive, loving, and benevolent, since the continuity of creation depends on you, and in this everyone will help you. You will be ready to give your life for that which you have desired, because the children who are born from you need your care in order to prolong their lives, and it may be that they demand of you the greatest extreme, to give your own life in order that they be born.

“All the Universe that you see is feminine; the whole field of life which you have chosen and which I give to you. I give you the responsibility to generate, maintain and protect life, nature, and the Man. Through you the Man will be able to live, and he will seek you because you will give him the strength to be useful and you will direct his strength. In your work, I will help you together with all the other Powers, so that as you mature you will continue in your desire to reach out to all life. To your children, you will give life, love, and wisdom.”

Thus spoke Pachakamak and withdrew. The Woman was left happy. She took the responsibility that Pachakamak had given her, as she had wanted. All of Pachamama — Mother Earth, Mother Nature, Mother Universe — was hers. Something had only to appear and take form and presence, and the woman was its master and caretaker.

Then the Man appeared before the Great Pachakamak and said:

“I come into your presence, now tell me what work in this world is to be mine.”

The Great Pachakamak told him, “The Woman came first and desired everything that she saw. The Universe is now feminine, she has taken the responsibility to care for all life and has gained the honor of prolonging and sustaining life. So I have given to her everything that you see before your eyes.”

The Man was surprised. But then he recovered his breath and asked, “If you have given everything that exists to the Woman, what work is left for me?”

“You will be a seeker, an explorer. You will have the curiosity and restlessness to discover what does not appear. Thus, you have dominion over the invisible, which will permit you to organize and govern the visible. You will seek wisdom, which will give you strength and authority.

“If you do not have wisdom, you will be useless to others. That which you seek and find does not belong to you. If you want to be a worthy Man, a son of Pachakamak, then you must share everything that you gain. The more that you share, the more will return to you.

“Yours is the field of magic. You will make it appear through your wisdom. You will give life to things that do not exist, but the moment that they take on existence, they no longer belong to your domain, but to the domain of the Woman. Because of this you will always be together with her, and from this joined action the universe will continue forward.”

The great Pachakamak reunited the human pair and felt satisfied and proud of his children.

This gives a sense of Andean conceptions of gender roles, and also makes an interesting contrast to the Genesis story of Adam and Eve, with its message about gender and about being expelled from the Garden and punished with the “curse” of work.

This also gives a sense of why shamanism is considered a masculine occupation in the Andes and Upper Amazon, even when practiced by women; when women practice it, it is generally considered to be an expression of their masculine side.