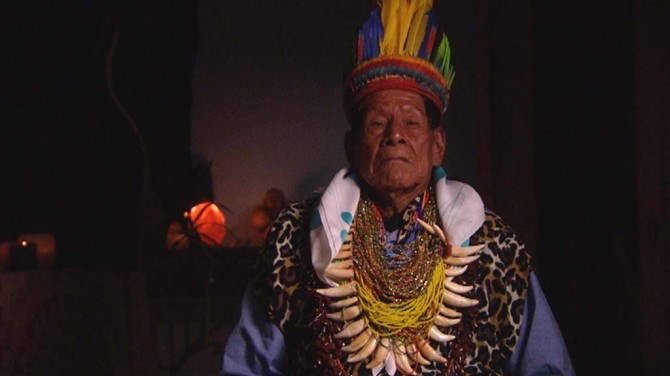 Representatives of the Cofán people have just published a statement about Alberto Varela and his organization: “Ayahuasca International.”

For a number of years Varela had claimed to be the recipient of an authorization by the highest traditional authority of the Cofán people: Taita Querubín Queta Alvarado.

The 4 page long text exposes how the private organization Ayahuasca International has illegitimately used the name of the Cofán taitas (shamans) from Colombia in order to gain credibility for their ayahuasca business activities, as shown in the following excerpt:

“Mister Alberto José Varela has NEVER been given any instructions or training in the knowledge of the Sacred Medicine of Yage, neither has he EVER been authorised to carry it or use it in his international tours. This makes what is said in his alleged “authorisation” ABSOLUTELY FALSE.”

Translation of the letter:

The undersigned governor of the indigenous reservation Ukumari Kankhe, in use of his legal faculties given and protected by the article 7 of the Colombian Political Constitution.

Public communication about Mr Alberto José Varela, the organization “Ayahuasca International” of which he is president and the alleged “authorization” he claims to have received from the highest traditional authority of the Cofán people Querubín Queta Alvarado and the Cofán Indigenous Reservation Ukumari Kankhe.

Let this be published and spread.